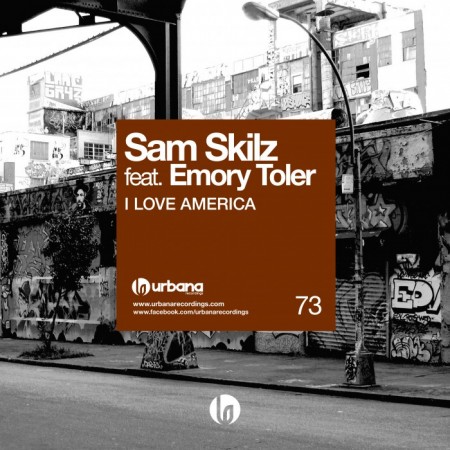 From the early days of disco, to the vocal house craze in the 90′s, the song “I Love America” has always captured the minds of generations. It was Sam Skilz’s mission to re-introduce this monumental song to the young generation. Unleashing his famous re-hash skilz, the booty spread like wild fire, ending up on all DJ’s USB’s.The voice of Emory Toler from New York captured the spirit of the song and complimented it with his own style.Urbana crew David Penn & Rober Gaez built  a powerful remix for peak time sets and complete the release the Andrey Exx remix from Moscow.