Sultan + Shepard - In the Night 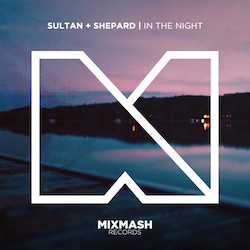 Two of the most sought after names in the dance world - Grammy
Nominated DJ/Producers Sultan + Shepard bring their stellar sounds to
the Mixmash Records family with ‘In The Night’. Sultan + Shepard
are coming into the Summer season and getting back to their roots
creating their own special brand of iconic dance music - this time in
the shape of ‘In The Night’. The release is a bass heavy roller
coaster of epic proportions. Fusing carnival-esque synth loops with a
chunky house groove. The LA based pair have created a club-ready
weapon, perfect for any dance floor with no gimmicks or clichés.

No strangers to worldwide success, Sultan + Shepard’s discography
makes for an impressive read. Touted as Beatport’s ‘Kings of the
progressive dance scene’, Sultan + Shepard have been dazzling fans
for years providing chart topping remixes for global stars such as
Robyn, Bruno Mars and Coldplay as well as co-writing and producing
with David Guetta, Dillon Francis and Tiesto. As respected as their
production discography is their touring schedule with appearances at
major festivals and clubs such as Ultra Music Festival, Tomorrowland,
Mysteryland and residency at The Light and Omnia Nightclubs in Las
Vegas.

Sultan + Shepard ‘ In The Night’ is out today via Laidback
Luke’s pioneering Mixmash Records imprint.