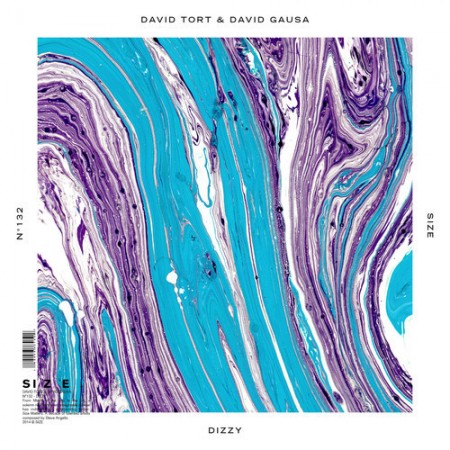 Next up on Steve Angello's label Size Records is David Tort & David Gausa with 'Dizzy', out 7th July 2014.  With loud and heavy synths, thumping drums and a high speed, twisted version of a classic vocal, expect nothing short of club smashing perfection as two world renowned artists join forces to produce the massive 'Dizzy'.

David Tort is one of the most influential Spanish artists in the global electronic music scene. His success is the product of both his distinctive studio work and his in-demand DJ sets all around the world. His discography includes remixes for Tiësto, David Guetta and Bob Sinclar in addition to original productions like 'Work It Out', 'Lost In Acid', 'Jack It Up', 'One Look' or the cover of 'Chase The Sun' with Norman Doray which reached #2 on Beatport's main chart for three weeks in a row.

Tort has continued to deliver smashes with three collaborations out in 2014 already - "Raveline" (Ultra) with Sebjak and "Journey Into Sound" (CR2) with Digital Lab, and "Back On Ground" (CR2) with Grammy-nominated producer/writer Nick Marsh, the latter of whom Tort has continued to work with on a number of tracks slated for release throughout 2014.

David Gausa is well known as one of the leaders of house music in Spain. Having worked with some of dance music's finest including Thomas Gold and David Tort on 'Areena' and releasing music on Ministry of Sound, Strictly Rhythm, Subliminal and Hed Kandi to name just a few, Gausa is a name you should watch out for in the very near future.