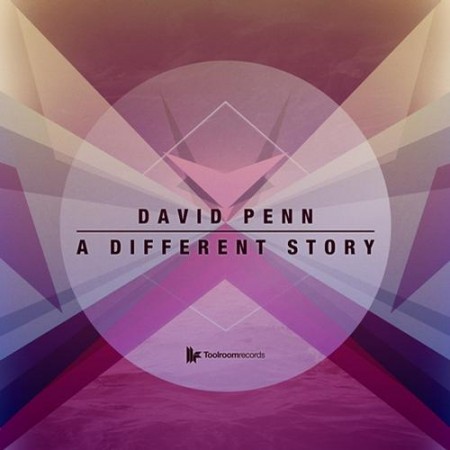 Revered Spanish house music master, David Penn, returns to Toolroom Records for the release of A Different Story, with remixes by D. Ramirez, Simon Doty and PACT. 'A Different Story' is a dark & driving slice of house expertly crafted round an old school vocal that builds to an intense breakdown that will destroy any dancefloor, equally fitting in a peak time set or at the after hours shindigs, this is essential.

As an essential member of the The New Iberican League, David Penn is no stranger to international success. His superior production skills have been applied to remixes for Masters At Work, Michael Gray and Robbie Rivera and he has collaborated with the likes of ATFC, DJ Chus and Roland Clark to create innumerable worldwide hits. Now, David Penn presents an outstanding and unforgettable release.
D. Ramirez's Fully Analog Remix follows on from the stand-out success of recent release, Open Your Eyes, interjecting driving drums and a big bassline. Next up, Simon Doty takes David Penn's original to a new level, transforming it with a rolling bass offset by a foreboding breakdown; this pumping tech house monster is crafted to satisfy fans of dark and techy dancefloors. Drawing the remix package to a close, PACT introduces a deeper, UK-inspired sound to A Different Story, taking influence from the UK garage scene. With an inspired set of remixes, lose yourself in A Different Story.
Via:House planet dj