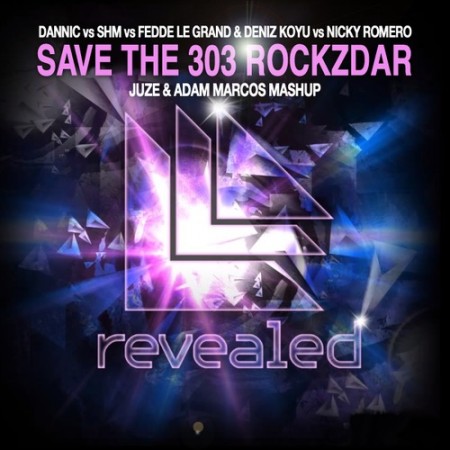 Taking back to his Revealed Recordings home base for the first time since ‘Viper’ this spring, Dannic’s late summer outstanding is one for the books. Drawing influence from his Toolroom stint that included the one-two punch of ‘Clobber’ and ‘Ignite’, the latest from Hardwell’s understudy is another big room gem with an added flare humbled by a beat driven backbone. ‘Rocker’ is appropriately labeled and serves as a gritty electro offering with progressive percussion providing for a balance between arenas of small and large. Adam and I added the well-known tasty ‘Zdarlight’ remix of Fedde Le Grand & Deniz Koyu to it and combined that with the acapella of the Swedish House Mafia & John Martin with ‘Save The World’. The second drops also got a new touch with Nicky Romero’s ‘Generation 303′ to smash the sound of ‘Rocker’ two times harder!